Singer Zlatan Ibile took his Snapchat to call out a lady named Sharon who has coverted his Dior shirt said to be worth N750,000.

According to him, the said Sharon asked for a shirt to change into and he apparently gave her his Dior shirt. He has not seen the shirt since then. 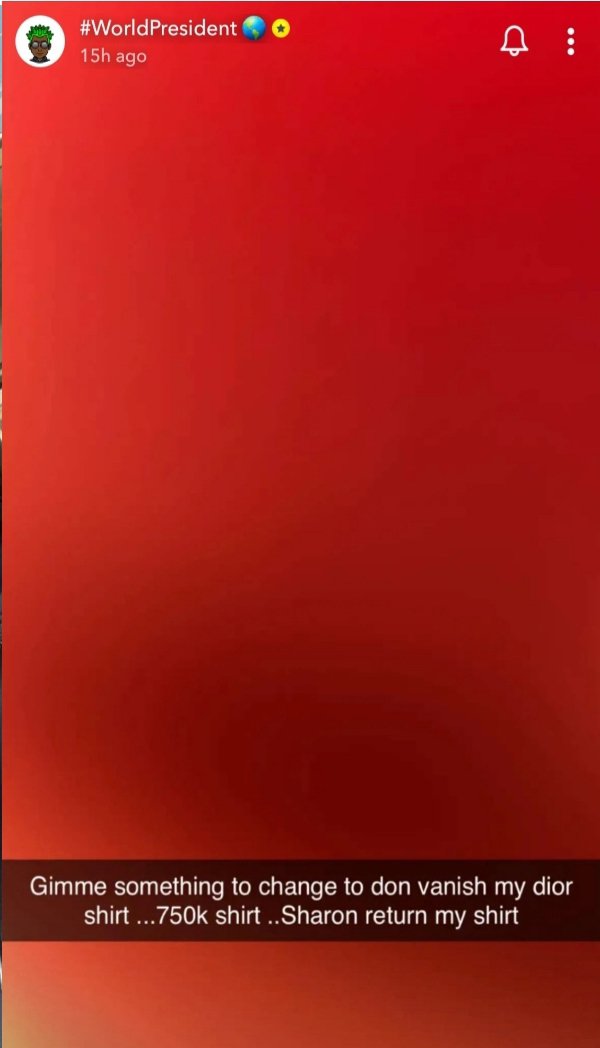