Some of Nigeria’s finest skit comedians paid a courtesy visit to Vice President Yemi Osinbajo at the Aso Villa on Wednesday.

The young Nigerian (comedy) Skit Industry practitioners under the auspices of the Nigeria Skits Industry Awards (NSIA), led by its promoter, Hon. Bimbo Daramola described the VP as a man of the youths. 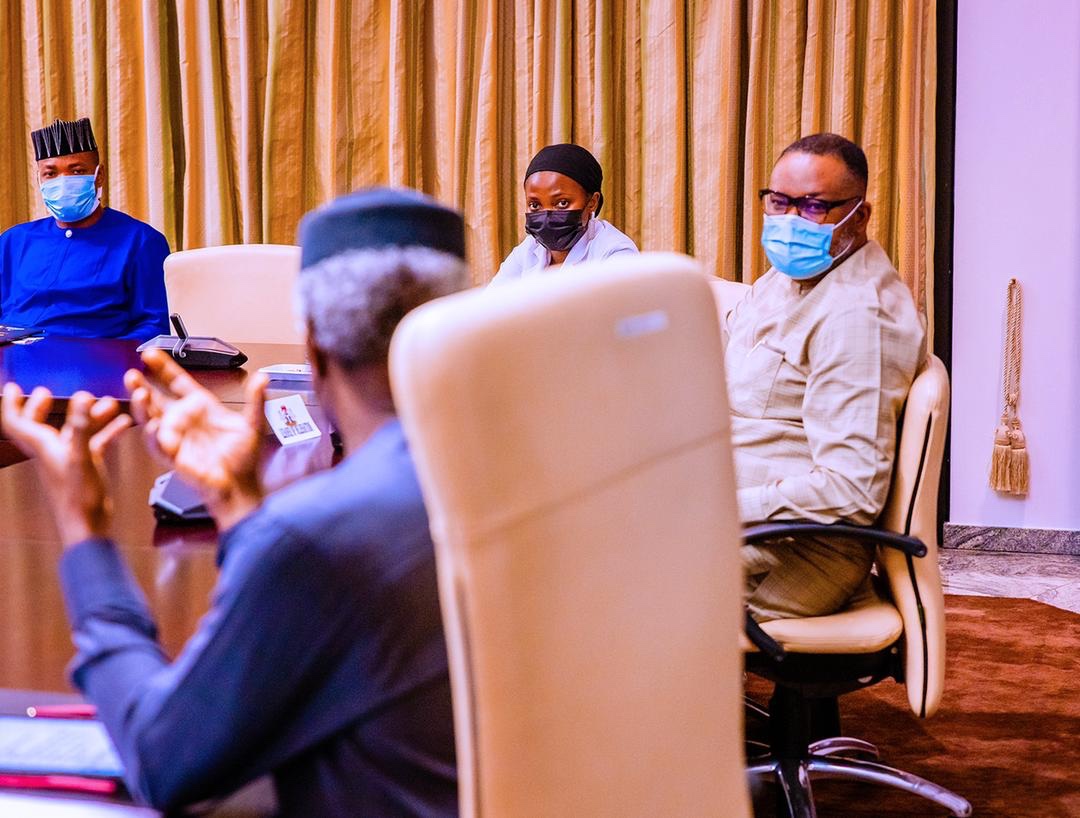 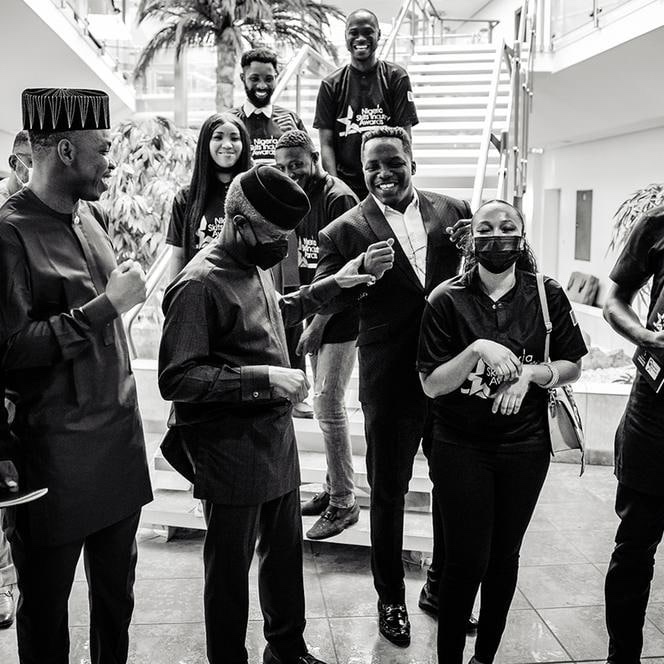 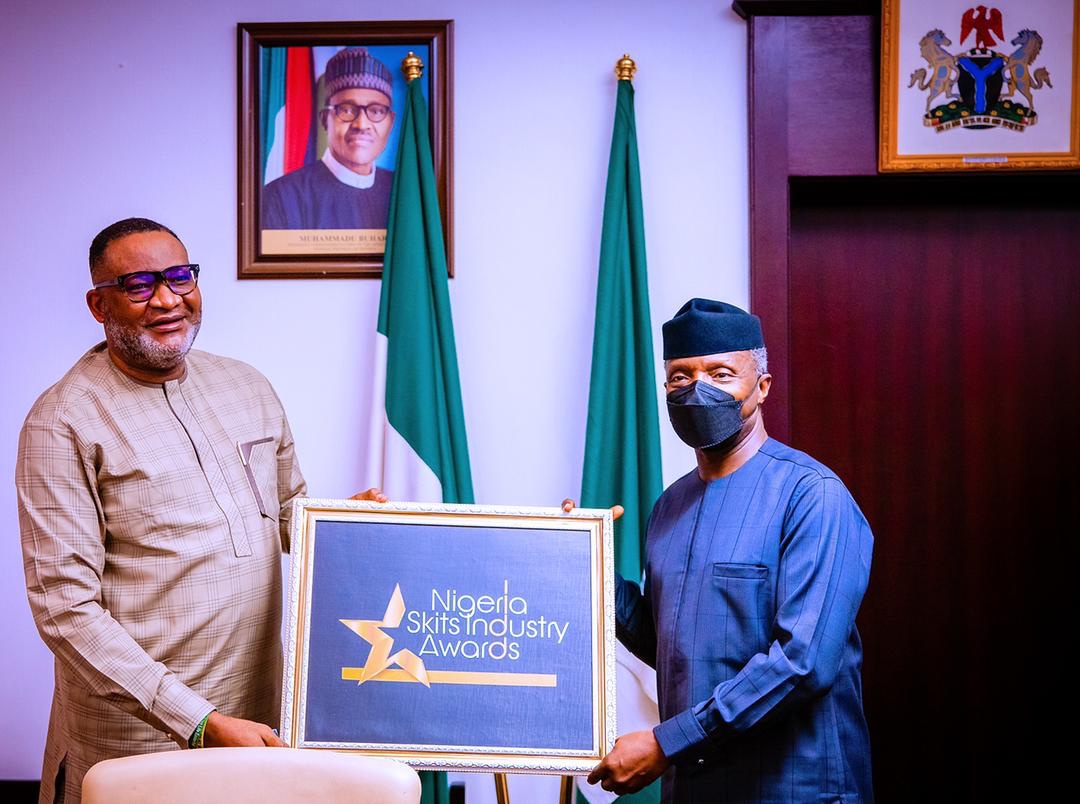 Commending the creativity of the Nigerian youths, Osinbajo said, “I strongly believe that what our young people are doing and what they are capable of, is what will lead our country to where we are meant to be. The future is not tomorrow, it is already here and we can see it from just everything you are doing, the global acclaim that you are getting; young people like yourselves, doing something good.”

Noting that he has watched some of their skits, the VP added, “I think that we have incredible talent and we must do something about it …enable these talents, and we must ask ourselves questions on setting realistic goals that can enable these talents flourish. I must say that just based on the sheer creativity around this, I don’t think that anybody anywhere is as funny as Nigerian comedians,” he said.

Prof. Osinbajo urged the young skit comedians to use their huge following on social media and on the Internet to promote issues for social good and impact, stating that, “everyone with a large following also has a responsibility to draw attention to these issues.”

On the support of government for the creative industry, Osinbajo highlighted the work of the Technology and Creative Advisory group in shaping policies to encourage the growth of the sector.

“Why I think this engagement (with skit comedians) is important is because this is the way to go. Let us sit down and look at all the issues and come out with realistic positions that can then become policies, and what sort of support will be required,” he stated.

The Vice President also addressed a couple of issues that was raised by the youths, including the Twitter ban, the harassment of youths by the police and law enforcement officers and the need to improve the country’s public education system.

The VP noted that the Federal Government is already making efforts to address these issues, including resolving the Twitter ban, ensuring that young Nigerians and all Nigerians are protected and their rights respected by law enforcement officers.

Among efforts of government to ensure police reforms, through the mandate of the National Economic Council (NEC), which the VP chairs, state judicial panels were established nationwide to address issues of police brutality and extrajudicial killings, while also providing compensation to victims.

In his remarks, Hon. Daramola thanked the Vice President for receiving the delegation, noting that Prof Osinbajo identified with young people. He described the VP as a man of the youths.

“Your Excellency, this visit shows that you have a heart for young people, and you have changed the dynamic to show government listens to the youths,” he said.

One of the skit comedians, Yemi Elesho, told the VP, “You are a man of the youth. I heard your speech on Monday asking the youths to move on, this is our movement,”

Also speaking on behalf of the skit comedians, Taooma, Woli Agba and others commended the VP for his support of the development of young Nigerians, further commending his youth-centric connection.

The Vice President was later presented with the Awards insignia.