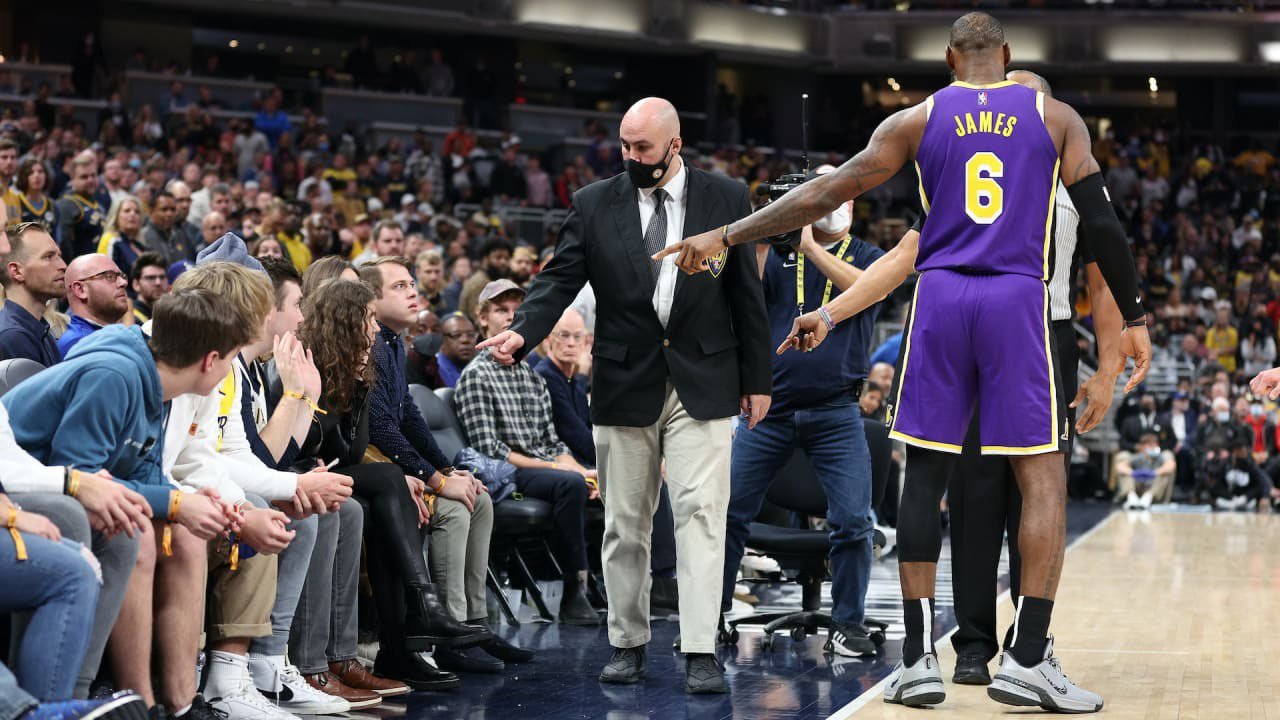 Lebron James got two fans sitting courtside ejected from the game during an overtime thriller on Wednesday, Nov. 24.

During overtime of the Lakers’ 124–116 road win over Indiana, James had the fans ejected with just over two minutes left in overtime 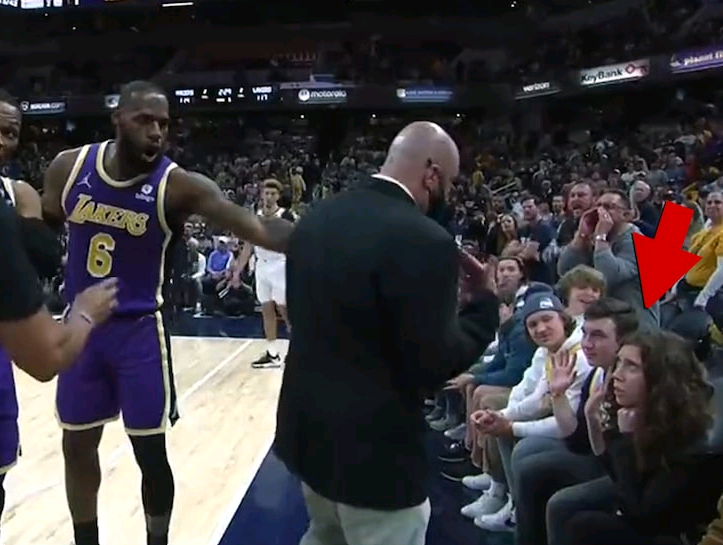 It’s unclear what the fans said or did that led to James’s reaction, though James can be heard in a video pointing at the fans and telling a referee, “Right f—ing here.”

As they were escorted out of the arena by security, the female fan mocked Lebron by making an animated crying gesture towards him. 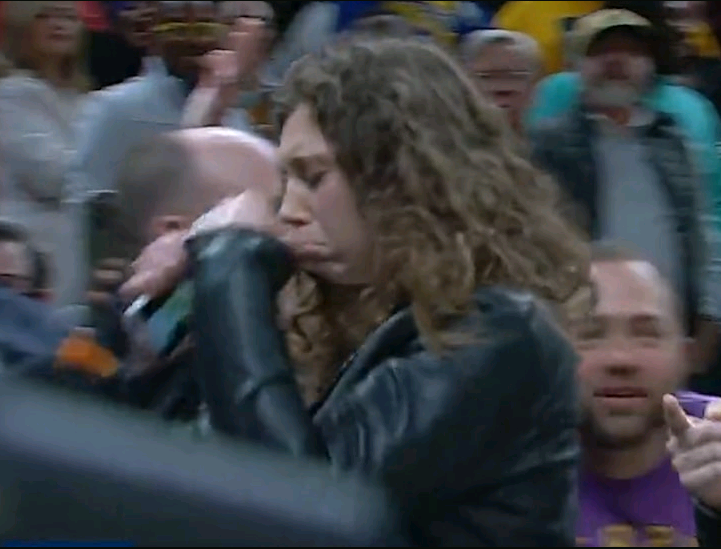 Eventually, the game was resumed and the Lakers held on for the win, 124-116.

Speaking later about the incident, LeBron refused to specifically reveal what went down, but he said obscene gestures and words would not be tolerated.