A social media influencer has been called out by another woman after she shared a photo of a house and claimed it’s hers.

Abike, aka Papaya, shared photos of the exterior and interior of the new house to TikTok and Instagram then thanked Allah on the caption for hearing the prayers she said in Mecca. 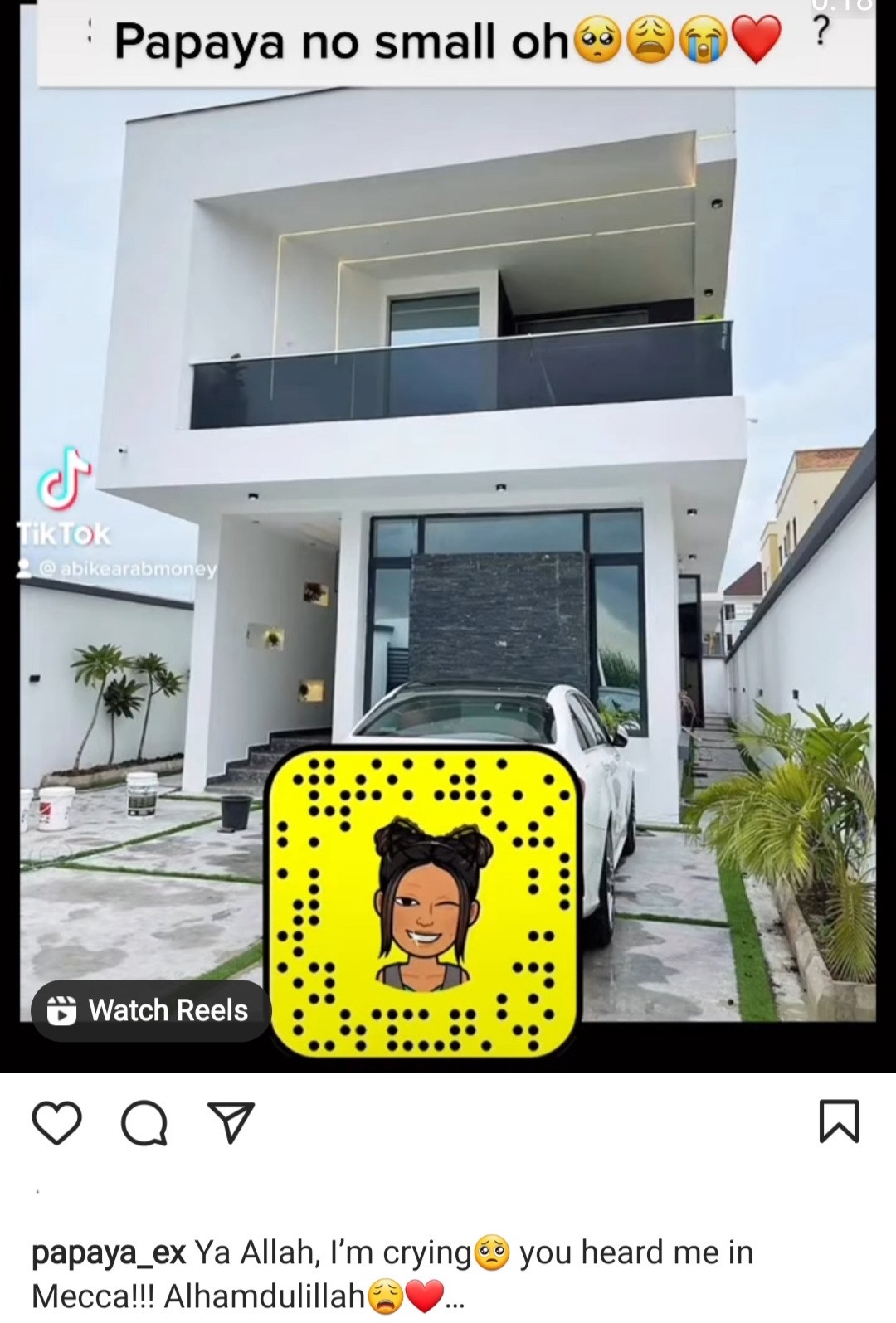 However, an Instagram used named Ikeme Amara reacted, claiming the house Abike is passing off as hers belongs to her brother. Amara then shared photos of her brother in the compound and asked Abike to desist from claiming her brother’s property. 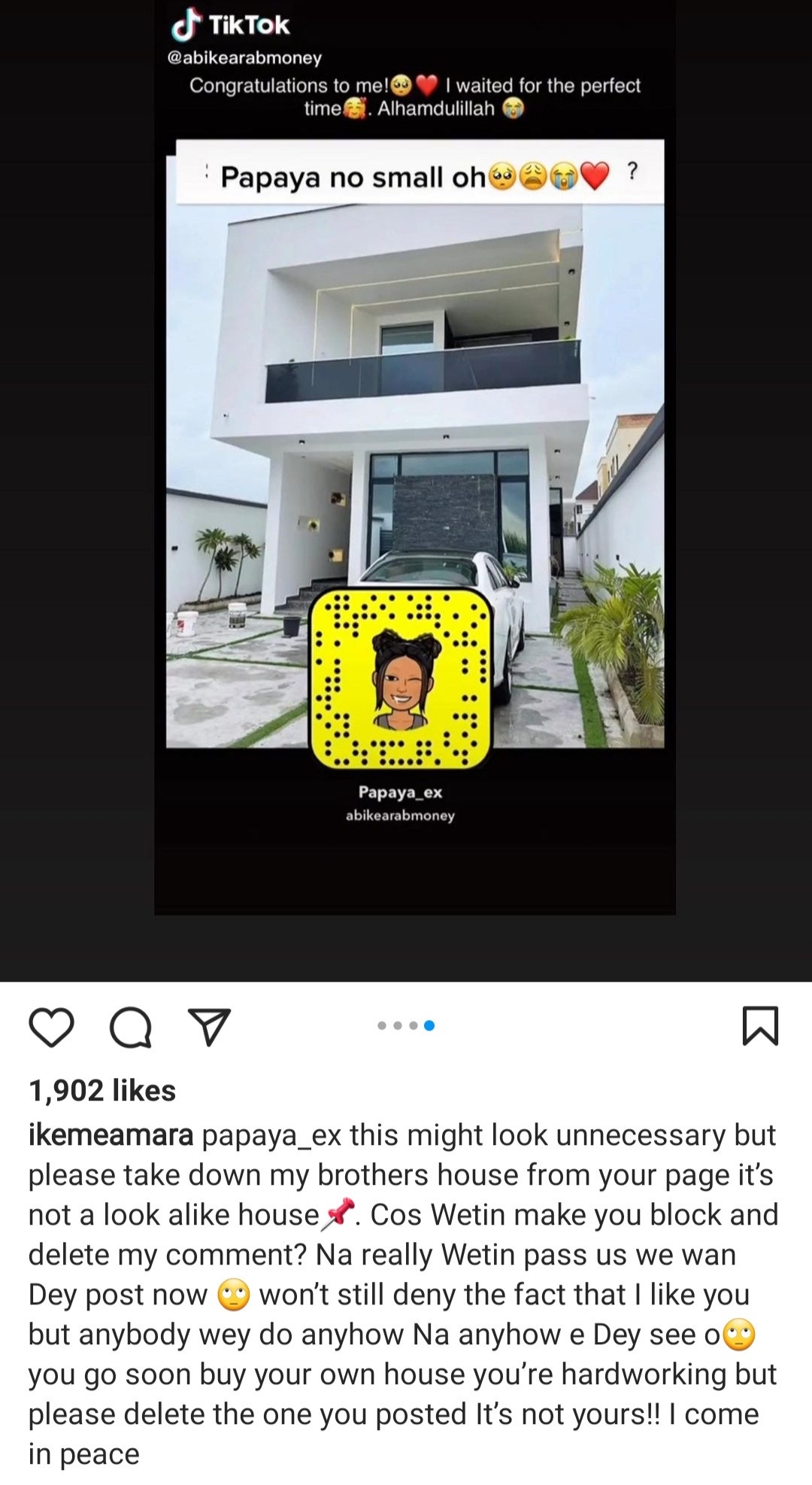 Amara added that she had left comments under Abike’s post to dispute her house claims but Abike deleted her comments then blocked her.

Amara also shared a photo showing the house Abike is claiming as hers had been sold since July to her brother.

She then told the influencer to take down her brother’s house from her page.

The house is still on Abike’s Instagram and she hasn’t responded to the accusation yet. 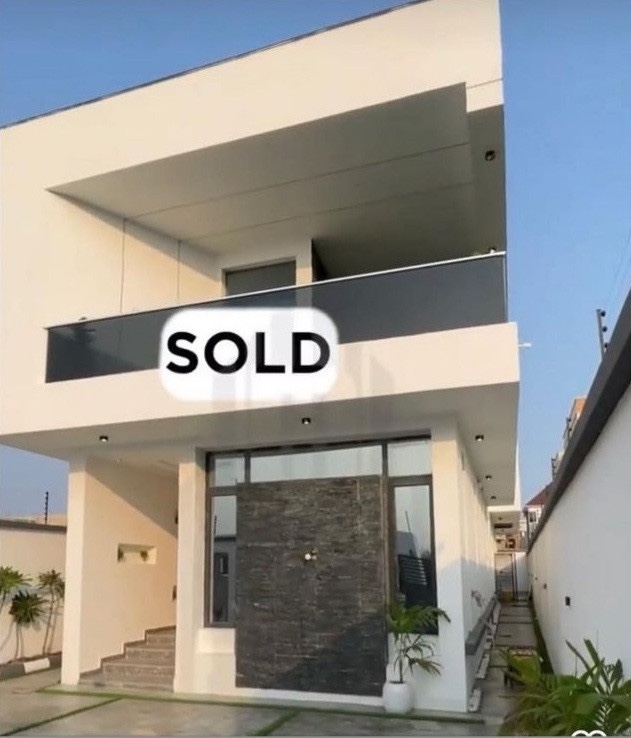 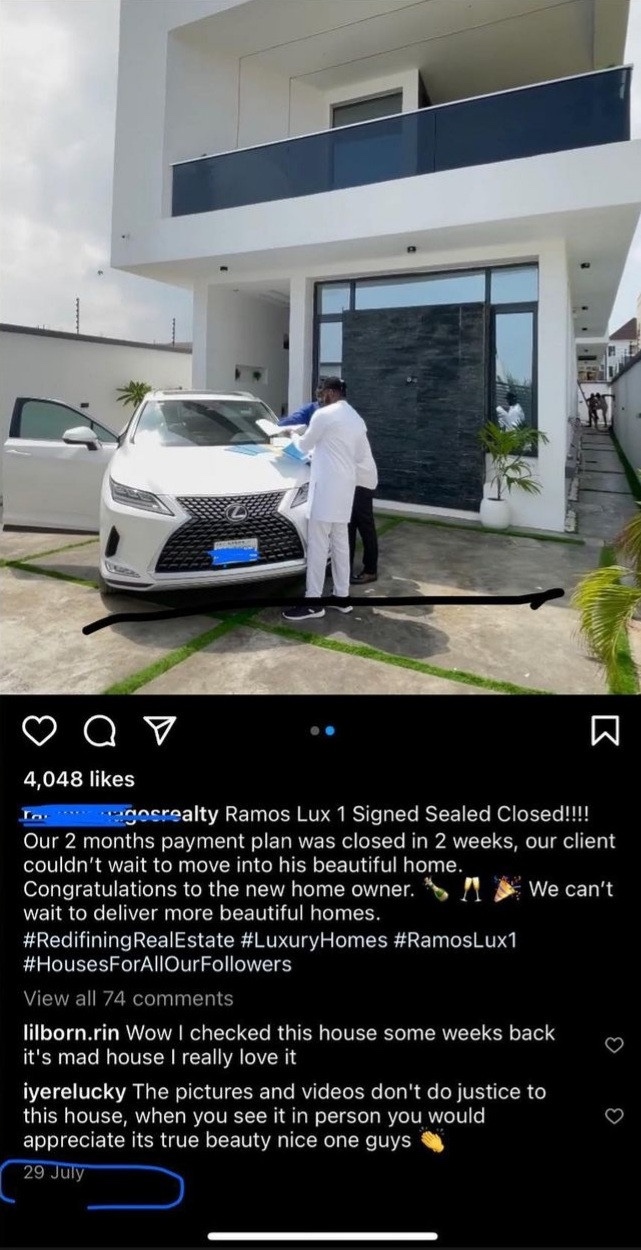