Many people are feared trapped as a building collapsed in the Ikoyi area of Lagos State on Monday.

It was learnt that the incident happened a few minutes past 2 pm.

The spokesperson for the Lagos State Emergency Agency, Nosa Okunbo, confirmed the collapse, saying, “A 25-storey building collapsed by Musliu Junction, Ikoyi, Lagos. LASEMA is on top of the situation.” 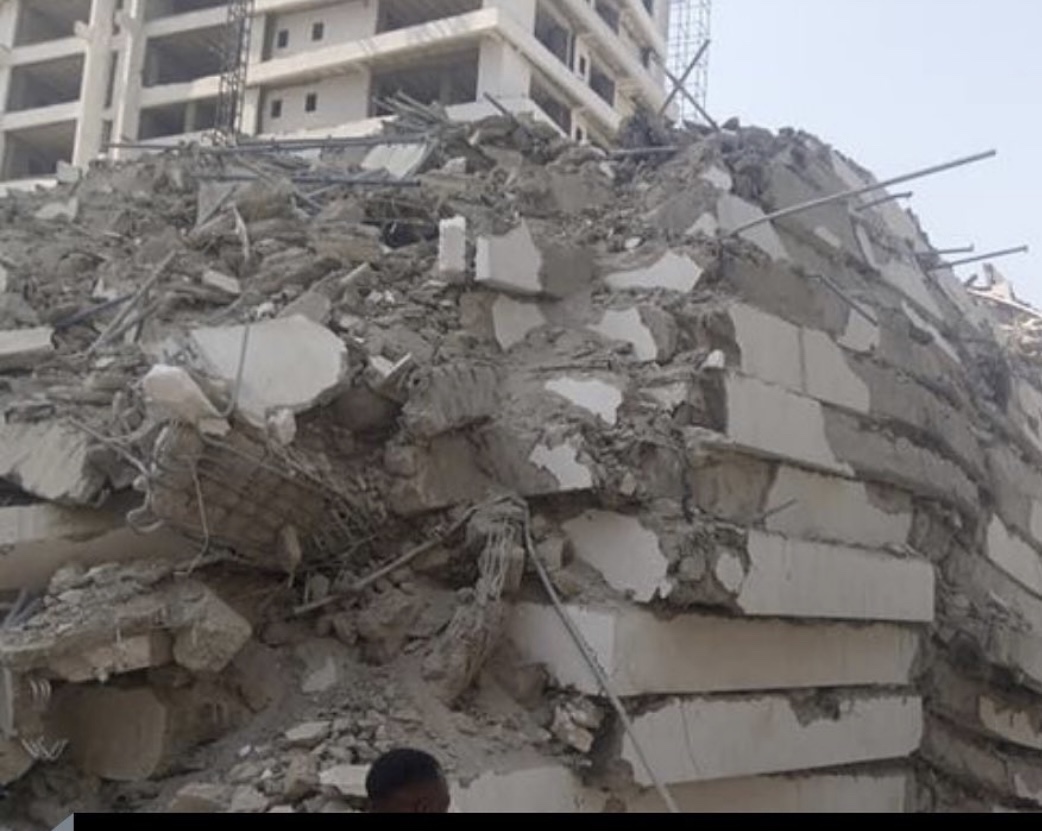 Also, the Director-General of LASEMA, Dr Olufemi Oke-Osanyintolu, noted that heavy-duty equipment and life detection equipment have been deployed to the scene.

While giving an update, Oke-Osanyintolu said, “Collapsed Building at Gerard Road, Ikoyi: The agency has activated its emergency response plan to the above incident.

Two persons have been rescued from the rubble of the collapsed building by volunteers and emergency agencies on the ground.

The rescued victims have since been rushed to an undisclosed hospital for medical attention.

Meanwhile, the Deputy Governor of Lagos State, Babafemi Hamzat, has arrived at the scene of the incident.