A Nigerian man has taken to Twitter to share why it isn’t a big deal that Nigerian Afropop star, Davido hasn’t won a grammy.

According to the tweep, winning a grammy is not a yardstick for success as it’s only an award. He buttressed his point by liking Davido to other great music stars who haven’t been honoured with the award but yet, are at the very top of their games.

He then asks that people should stop belittling artistes because of grammmys.

Davido hasn’t won a Grammy, that’s no big deal; Lots of music icons like 2Pac, Nicki, Sia, Katy Perry, Bob Marley & many more haven’t won one either despite being on top of their game. Stop belittling artistes cos of Grammys, it’s not a yardstick for success. It is just an award. 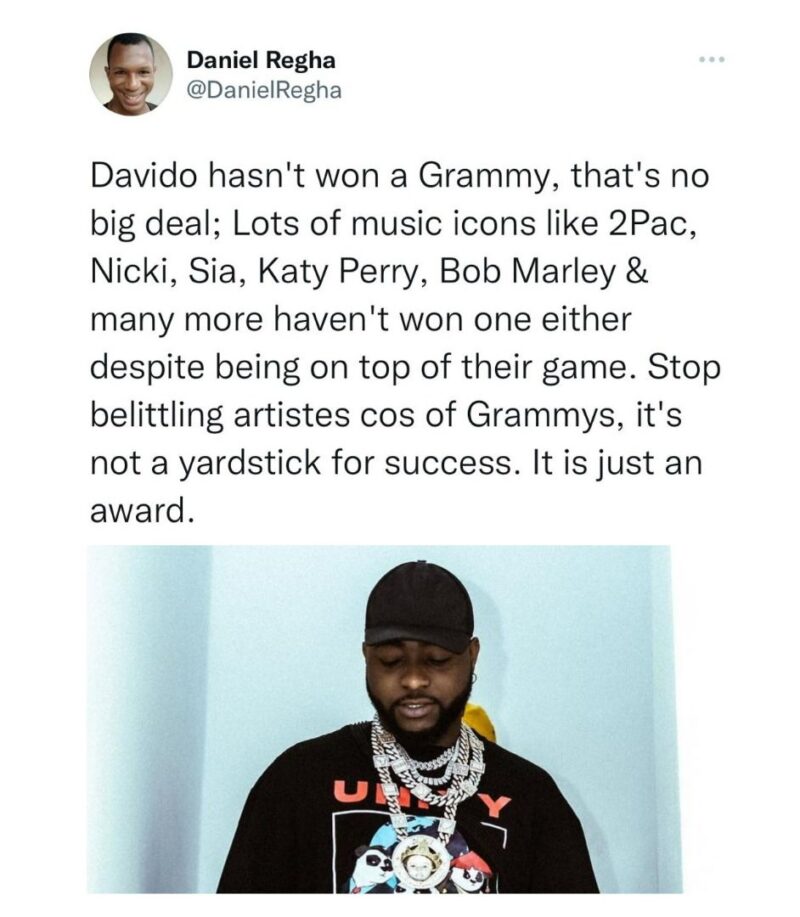